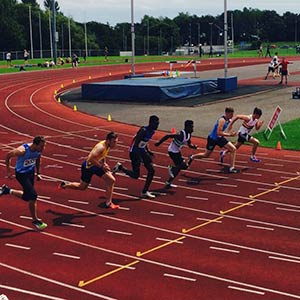 Cardiff Athletics is the only sports club in Cardiff that caters for the full range of athletics and is one of the leading athletic clubs in Britain. The club's activities cover track & field, road and cross country and it has members that participate in fell running, disabled athletics and social running.

The club is an incorporated organisation with charity status, which has a core administration team and is a supported by a large number of volunteers with officials, coaches, team managers and others providing countless numbers of hours without payment of any kind.

If you would be interested to join or help in any way, please contact any of the club's office and you will be assured of a warm welcome.

Membership is open to all over the age of 7 and there is no upper age limit. The procedure for joining is very simple and full details, including subscription rates can be found on our how to join link.

The official club colours are blue vests (with red and white side stripes) and red shorts and these can be purchased in the club room. These colours should be worn when competing in the name of the club.

The club is oldest in the United Kingdom of Great Britain and NI having been founded in 1882 and has an interesting and distinguished history. Club members have enjoyed great success, amassing no less than 144 medals (62 gold) from major championships such as the Olympic Games, World and European Championships and Commonwealth Games.

The club is proud to count amongst is current and former members such famous names as Lynn Davies, Colin Jackson, Christian Malcolm, Dame Tanni Grey Thompson, Jamie Baulch, James Thie and young athletes such as Jeremiah Azu, Jake Hayward, many others.

The club is based at Cardiff's International Sports Campus at Leckwith, Cardiff where it has its own clubhouse and office.

The club meets together officially throughout the year on Monday, Tuesday and Thursday evenings with the Academy starting at 6pm to 7pm and the Club training starting at 7pm to 8:30pm.

Cardiff Athletics is one of Sport Cardiff's Super Clubs and works closely with the local community and schools to ensure everyone has access to athletics.

The club is affiliated to the governing bodies of athletics in Britain and in Wales which are UK Athletics and Welsh Athletics respectively.

Cardiff AAC traces its origin back to 1882 and to the Royal Oak public house (still existing) on Newport Road, Cardiff near its junction with Broadway. Gladstone was Queen Victoria's Prime Minister and the first Olympic Games of the modern era (1896) were still fourteen years away.

In those days, groups of young men would challenge each other to races. From such a group, Roath (Cardiff) Harriers was formed and adopted the Royal Oak pub as its headquarters. Roath Harriers was the first athletic club in Wales catering solely for Athletics and quickly became successful in competition and active in other areas. Roath Harriers officials organised the first ever Welsh Cross Country Championships on 7th March 1894 with club runners winning both the individual (Hugh Fairlamb) and team championships. The Fairlamb family seems to have been quite a force as, in l896, Hugh's father was the driving force behind the creation of the Welsh Cross Country Association and its first President, a position he held for the next 16 years.

For the first forty or so years, Roath Harriers was a cross country club. This was understandable as there were virtually no facilities for track and field competition in Cardiff. Maindy Stadium was opened in 1951 and this coincided with the formation of Birchgrove Harriers, a club that quickly attracted good athletes and achieved sufficient success to rival Roath Harriers. Both clubs adopted Maindy Stadium (at that time the mecca of Welsh athletics) as their headquarters and co-existed in friendly rivalry. In 1968 the two clubs amalgamated to form Cardiff Amateur Athletic Club.

Roath Harriers and, since 1968, Cardiff AAC have continued to make major contributions to Welsh and, indeed international, athletics ever since. Succeeding generations of officials have played leading roles in the administration and development of Welsh and British Athletics. Ted Hopkins was a Great Britain team manager during the fifties and sixties (including being team manager at the 1960 Olympic Games in Rome) and Bill Evans was Chairman of both the British Amateur Athletic Board and the Amateur Athletic Association in the ninteen eighties and nineties. Bill Evans played a leading role in the reform of the governing bodies of British athletics and was the first Chairman of the British Athletic Federation. John Lister was a member of the Council of the European Athletic Association for 12 years from 1995 to 2007 and Lynn Davies was President of U K Athletics for eight years up to 2016. 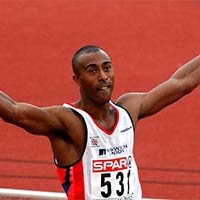 The creation of Cardiff AAC in 1968 led to a period of huge success with Cardiff dominating not just Welsh but British club athletics. The British Athletic League was formed in 1969 and Cardiff was a close runner up to champions Birchfield Harriers in its first year. In the three consecutive years 1973, 1974 and 1975 Cardiff were outright British League Champions. Although it has not won the title again, Cardiff remains one of the very few British League clubs to have retained its place in the league structure without a break, has never been lower than the third division (and then only briefly) and remains to this day one of the top dozen or so British clubs and one that all other clubs respect.

On the individual front, the Roll of Honour speaks for itself. The first club athlete to gain major international honour was Jim Alford who won the gold medal for the one mile in the Empire Games of 1938. The club had to wait a further 26 years for a comparable success but then came Lynn Davies' magnificent gold medal in the long jump at the Olympic Games of 1964. Lynn's inspiration led to a subsequent medal haul that is impressive by any yardstick. From 1938 to 2015 club members have won no less than 141 (including 61 gold) medals at major international athletic championships and the Olympic Games. Of these, more than half have been won in the last 15 years. 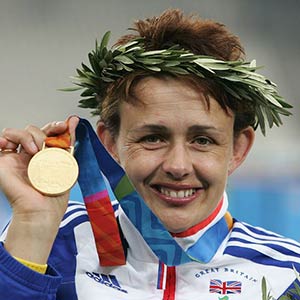 Our club's structure and organisation

Cardiff Athletics is a members' club which means that all constitutional decisions are made by the members; voting, normally once a year, at the Annual General Meeting which is usually held in November.

The club has a written constitution and articles of association.

The club lead by the Management Committee which meets on the first Tuesday of each month in the clubhouse.

The Club also has two Sub committees, the track and field committee and the road running and cross-country committee which are responsible for arranging competitions, appointing team managers and generally taking care of all matters relating to fixtures and competitions.

A full list of the Directors and officers of the Management Committee and committees can be found in the who's who's.

In addition to the committees, the club provides an Academy and coaching for all levels and standards.

All members are entitled to use of the well-equipped and modern club room and are encouraged to do so as this is where information of all kinds can be found about the activities of the club.

The constitution is the formal document that states that the club exists, gives it a name and describes the way in which it is organised and managed. It gives the club its legal framework and can only be altered by the voting members. The club was established in 1968 by the amalgamation of two clubs and a new constitution was adopted at the first general meeting of the members, held at Maindy Stadium, Cardiff on 1 November 1968. Since that date a number of amendments has been made in order to adapt the constitution to changing times, most recently at the AGM held on 2 December 2010.

Since 1968 (merger of Roath and Birchgrove Harriers)

Since 1968 (merger of Roath and Birchgrove Harriers)

A list of those who have been accorded the honour of life membership of the club can be found here.

Those who have been so honoured are as follows: