Together we are one

We have two groups that you can join…

2 sessions a week - Monday and Thursday

Clive Williams looks at the club’s representation in the upcoming Welsh Commonwealth Games team: Seven athletes from the club will represent Wales in the forthcoming Birmingham CommonwealthGames – the highest number from any Welsh club and one of the highest of any club in the UK.Th..

Round up of Welsh senior and U15 Championships.

This years Championships took place at Leckwith over a dry but windy weekend.Athletes going to this years Commonwealth Games were on show.There were some fine performances over the weekend.Sam Gordon won the 100m in 10.34s with Makoye Kamppengele finishing third in a seasons best.In the women&rsqu..

As Cardiff Athletics is a volunteer led charity, we are always looking for funding, we were nominated and accepted to be part of the Asda Foundation Green Token Giving online vote through your local Asda store LeckwithRoad. The vote is now live and voting will close at midnight on Friday 30th Sep..

Athletics season has sprung into action with some great performances around the world involving athletes representing the club. Congratulations goes to Jake Hayward breaking his Welsh record in the Diamond League meeting in Eugene, USA. He finished 7th in a quality field with a Welsh record 3.51...

Uk Development league took place in Swansea over the weekend. Swansea can be a difficult place to compete because of the wind coming the sea. Cardiff athletes again performed well finishing 2nd on the day and 3rd in the league at the moment . This is the upper league covering U20’s and U17&r..

The club would like to recognise and thank Paul for all his hard work with the Cross Country.

At the last fixture in Llandaff Fields and due to the lack of volunteers Paul manned the finishing funnel collecting finishing discs and ensuring the athletes had the correct results for all 8 races and a total of 4 hours. Paul in 80 next year!

Congratulations and thank you Paul

If it wasn’t for volunteers like Paul, then the club’s athletes would not be able to compete. If you could spare any time, even just an hour please contact the club office. 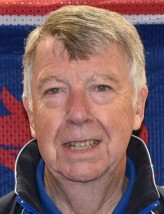 Junior Athlete of the Month – October 2021

Bryony has had an exceptional few months, resulting in winning the Cardiff Bay 2km, winning both Cardiff Schools Year 7 Cross Countries races and being select to represent Wales at the London Mini Marathon. All these achievements are made even more outstanding as over the last 12 months she has battled back with real determination and courage from a life threating medical condition.

Congratulations and keep up the good work. 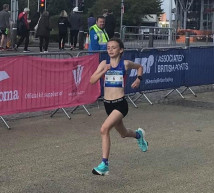 Aled won the Paralympic Shot put Gold in Tokyo in September. Aled, who won discus gold and shot put bronze in London before the discus was dropped from the Rio programme, led from the second round of his event and although his winning effort of 15.33m was well off his best, the torrential rain made throwing very difficult. Well done Aled!

What does it cost?

Please note all costs below are annual subscription fees, apart from track fees that are payable on each visit.

Fees payable on arrival to club

* Full time students: Whilst in higher education at university or equivalent, members are eligible for a reduced rate subscription of £20 per year.

* Family membership is available to parents with children in school and the special family rate covers all family members. No joining fees are payable. Once a child reaches the age of 20 he/she must join the club as an individual member (but does not need to pay a joining fee) and ceases to be a member of the family group.

* International athletes: Any club member that represents his/her country, at senior level, in the Olympic or Paralympic Games, World or European Athletic Championship or Commonwealth Games shall receive free membership.

How to find us

Founded in 1882 Cardiff Amateur Athletics Club is one of the leading clubs in Britain. Club members have enjoyed great success, amassing no less than 142 medals (61 gold) from major championships such as the Olympic Games, World and European Championships and Commonwealth Games.